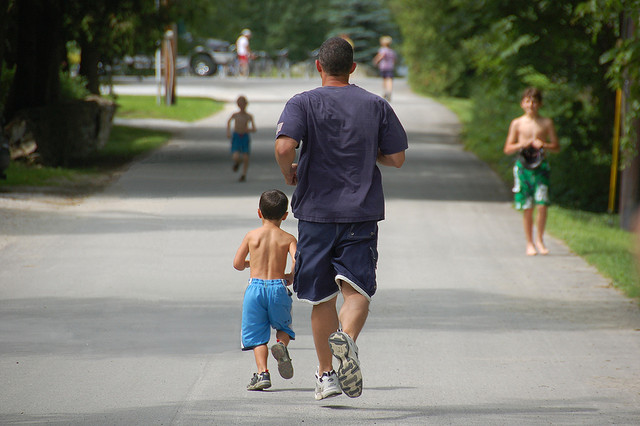 Earlier this year I’d been aggressively working out doing P90x, trying to keep up with my wife, Stephanie. I was in awesome shape and was an avid runner. Until I wasn’t.

I felt a red hot tear in my knee and knew that I’d ripped something. My knee swelled up like a balloon and I was limping around like an invalid. I put off a doctor’s visit for as long as I could because I was afraid of what I’d hear.

When I finally visited the top orthopedist in our area, he told me I’d split my meniscus, that it would never heal, and there was nothing he could do about it. I would never run again.

Sometimes I buy into the negativity. And then I see a guy like this…

Sure, I have pain in my leg, and I can walk, but I can’t run. My kids joke, “Sorry, dad. You’ll be the guy who gets eaten during the zombie apocalypse.”

That is not acceptable. I will run again. I will find a way.

Arthur could have lived the rest of his life on the couch and no one would have blamed him for it. He was told by so many that he would never be able to walk on his own again. Where would he be now if he’d listened to them?

We watch so much negativity on television and on the radio telling us that the economy is falling apart, we’re diving off the fiscal cliff.

Is that a reason to give up and buy into it?