How to Use the Starbucks Tactic to Raise Your Prices 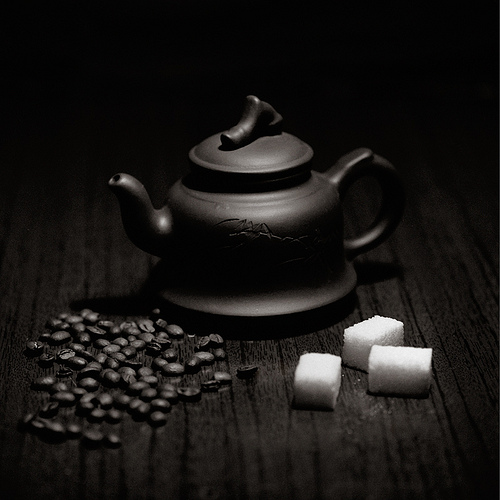 By now, you may know you need to earn a little more than you currently do if only because Starbucks just introduced it’s most expensive coffee ever.

At $7 for a 12 ounce cup, or $40 for an 8 ounce bag, their new specialty coffee sells at about a 50% premium over their already higher priced coffee.

But coffee is… coffee. It’s water and roasted beans. In a paper cup.

In other words, coffee’s a commodity. You can get coffee anywhere, anytime.

And that’s why this article is an important article for you to read, because if you’re a wedding photographer or a planner or a florist or in any capacity serving the wedding industry and feel you’re seen as a commodity too, then you have to wonder:

What can you take away from Starbucks’ example to help you break through your pricing barrier?

Here are some clues on how to do just that gleaned from Starbucks’ own announcements about their new coffee:

“It’s made from a rare, difficult-to-grow varietal called Geisha.”

Starbucks justifies the higher price by explaining that Geisha plants don’t produce many cherries, which makes the beans extremely rare.

If it’s rare, if it’s difficult to acquire, or costly to acquire, and that increases its perceived value.

What else can you do?

“We have loyal reserve customers who are interested in any opportunity to try something as rare and exquisite as the Geisha varietal,” a Starbucks spokesperson said. “We are now offering more reserve coffees than ever before because of customer demand.”

If you see others want it, you may be more prone to think maybe it’s something you better not miss out on too.

Toss in a Romanticized Hook.

For example, recently, the Mast Brothers, chocolatiers in Brooklyn, NY, embarked from Cape Cod on a voyage which took them to the Dominican Republic and then to New York Harbor aboard a three-masted sailboat. The boat itself, a working vintage inspired sailboat, took twenty five years to build. From South America, the brothers brought with them 400 bags of cocoa beans grown on privately owned farms and co-ops.

They could’ve bought the chocolate without ever stepping foot out of the U.S., of course. But now they have a story to tell. A story of how they adopted the old world ways of a hundred years ago sailing the seas in search of delicious delights to bring home. It’s a story crafted to capture the listener’s imagination. Suddenly, it’s not just about any old chocolate anymore.

And their bars sell for as much as $10 in places like Whole Foods.

Just as a coffee bean is a coffee bean, isn’t a cocoa bean just a cocoa bean? Yet the Mast Brothers talk about how cocoa beans were regarded as currency centuries ago by the Aztecs. How cocoa beans have been called “The Food Of Gods” for hundreds of years. These associations are intentionally pointed out to elevate what is otherwise a comparably mundane commodity into a stratosphere of its own.

The Mast Brothers would happily tell you about how they follow the old world traditions of hand sorting their beans, which leads to a three day long process during which the beans are aged and tempered. They’ll point out how this is an “old way… of handcrafting food.”

There may be a few different ways to make what you make. But when you give the process a starring role, the story of the making of the item adds perceived value.

How do you apply this?

This is all about turning the ordinary into something extraordinary.

For a photographer, this may be a story of an imported, little known fabric you use for album material. For florists this may be about a certain bloom and its legend, or a bouquet making technique, its tradition handed down through generations. For a planner, perhaps it’s an exclusive vision they lend to the wedding, inspired by wedding customs from lands far away.

What other ideas can you get from Starbucks, the Mast Brothers, and others selling what’s typically viewed as a commodity, that can help your business grow and profit?

G.E. Masana is a NYC wedding photographer and author of “Advertise and Sell Your Wedding Photography” published by Marathon Press. His roster of wedding clients have spanned from the Beauty Editor of ELLE to models, actors, cinematographers, designers and even a NYC art gallery owner, to the “Chief Strategic Officer” of one of the world’s largest interactive agencies, and previously was on “The List” of contributing photographers for Martha Stewart Weddings.